The story of Jon and Marbilla’s journey to a Micro Rainbow safe house as Saudi LGBTI asylum seekers. 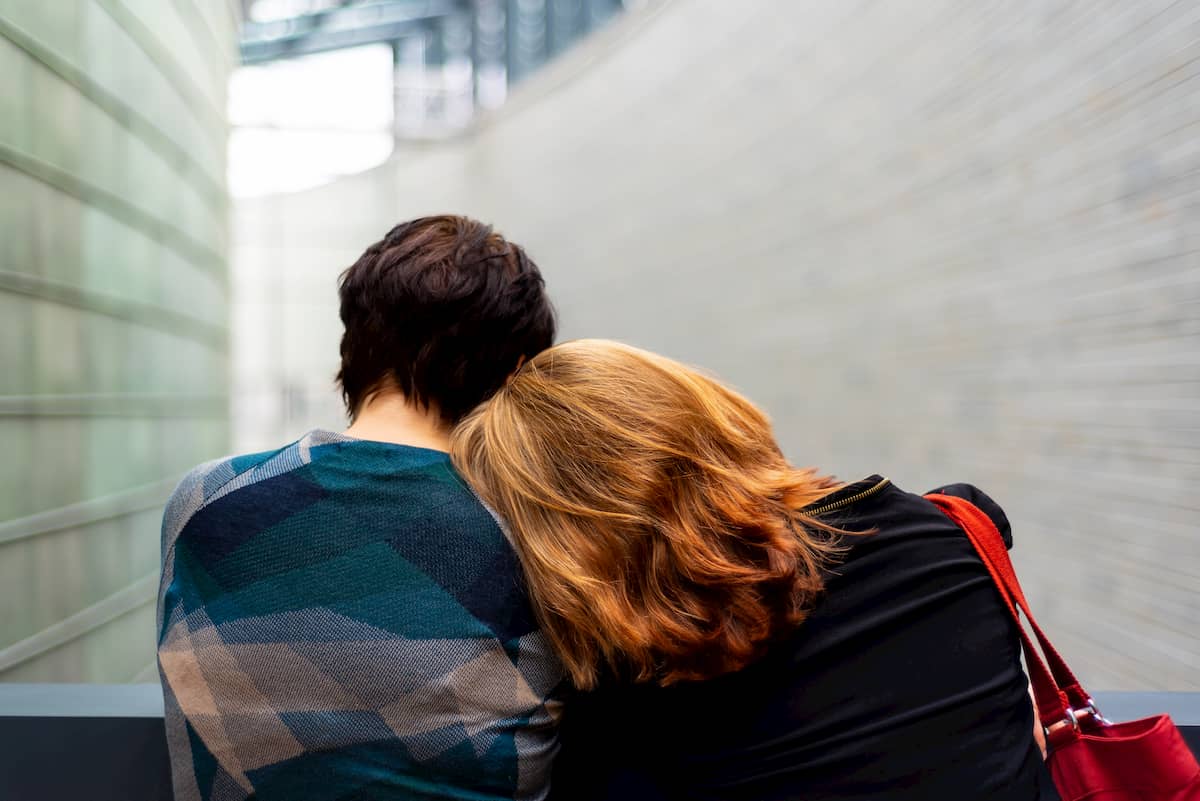 My name is Jon. I’m 20 years old and I come from a small village in the east of Saudi Arabia.

Marbilla is 23 years old, and she’s from the same place.

Funnily enough, we met at my cousin’s wedding. She and Marbilla were friends, and I was only in sixth grade back then. I have always felt attracted to girls, but when I saw Marbilla, I knew. After the wedding, we stayed in touch as friends for a long time and eventually got together. We’ll be celebrating our four year anniversary this September.

I have known that I am a trans man as far back as I can remember. When I got to middle school, I realised it was real and that I was not mentally ill. But my parents started to have a problem with the way I was as I got older – I suffered abusive words and violence.

Marbilla also experienced problems with her father from a young age. She was frequently hit, yelled at, and imprisoned at home. She was forced to marry at 18 but divorced after four months. She couldn’t bear it.

After her divorce, Marbilla was imprisoned at home for a year and a half and forced to leave university. During her imprisonment, her father started to speak of marrying her again. That was the last straw – we knew we had to get out of Saudi Arabia.

Throughout this difficult period, Marbilla didn’t keep her mouth shut. She resisted, fought back, and defended herself.

Our saving grace was that I was attending university in a city four hours away, so I was able to rent a flat and gain some independence. We even forged a letter to pretend that Marbilla was also enrolled at my university so she could join me there eventually.

Doing this was essential to planning our escape. It gave us our own private space where we could just be together in peace, away from the pressure of our parents.

A whole year passed like this, with us splitting our time between my flat and our hometown. When talk of remarrying Marbilla started to get serious, I flew into action. I said I needed money to rent my flat for the next academic year, and used that money to apply for UK visas and book flights. So many Saudis go to the UK that I thought it wasn’t a destination that would attract a lot of attention or invite many questions.

One important thing to be aware of is that women is Saudi Arabia are subjected to the male guardianship system. This means that women require written permission from their male guardians to do absolutely everything, from obtaining a driver’s license to travelling abroad.

We therefore had to take heart-stopping risks to get hold of our own passports to apply for visas and forge permits to be allowed to travel (these can now be issued through an app, so we had to steal our fathers’ phones to do this and pray they did not notice).

When we finally made it to the airport to catch our flights to London, we were terrified that we could still get caught. Our flight was delayed by two hours and we were petrified – we did all we could not to attract attention. I remember spending all this money on stupid things at the duty free to seem normal. Even when the plane took off, we kept expecting someone to burst through the doors and stop us.

I had done my research. As soon as we arrived in London, we declared ourselves as asylum seekers to a police officer.

They dealt with us very matter of factly. We waited for 17 hours, and were eventually released and told to contact Migrant Help once we had run out of our own money.

We had no choice but to stay in a hotel for the first few nights, and I was very scared. I knew a hotel would be the first place my father would look for me. I was expecting to be placed somewhere safe as soon as we arrived in the UK but that wasn’t the case. I feared something bad would happen, but acted normal so Marbilla wouldn’t be afraid.

We were then moved by the Home Office to a hotel in a remote area. That was when I finally relaxed because I knew it would be hard to find us there. When our nights at the hotel ran out, we thought we would be destitute and have to sleep on the streets. We called and called the Home Office and got no answer. The owner of the hotel saw how distressed we were and offered us several more nights for free. He was a very kind man.

Finally, after bouncing between different hotels, the Home Office placed us in a hostel in Croydon. We felt very unsafe there. The hostel was full of people from the Middle East who disrespected us and made us feel vulnerable. It was like being back in Saudi Arabia. We couldn’t ever relax or feel comfortable. I barely went out because I was afraid to leave Marbilla on her own.

When we were in Croydon, I found out that my father had come looking for us in London. He went to every hotel, looked on every street, and even contacted the Saudi embassy, which never sides with asylum seekers.

I knew that we had to get out of the hostel, so I started doing research again. I stumbled upon Micro Rainbow’s website and initiated contact. Within a week, we had met with one of their Outreach Officers, who expedited our case because she knew the pressure we were experiencing at the hostel. There was a slight delay because of COVID-19, but two months after reaching out, we were moved to a Micro Rainbow safe house.

If it wasn’t for Micro Rainbow, I don’t know what would have happened to us. We could have been found, kidnapped and forced to return to Saudi Arabia with my father.

For the first time since our ordeal began, we feel safe. There’s no racism in the shared Micro Rainbow house, or a feeling you’re still in your own country. I can now leave the house comfortably and not worry about Marbilla or anything else.

The thing that reassures me most about being in Micro Rainbow housing is that I know we won’t be kicked out until our asylum is accepted. We won’t have to leave until we have our papers, which means we can actually relax and not worry about being uprooted every few months.

In the future, Marbilla hopes to be a teacher working with young children, and I want to be a police officer so I can protect myself and others.